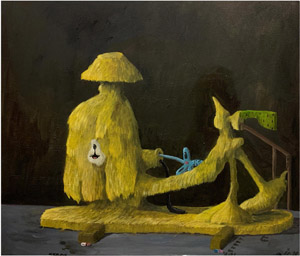 Through his depictions of what he calls ‘Spoof Monuments’, Daniel Sparkes creates a thematic oddball merger in oil paint and graphite.